The Black Legend of Estimates

Those who say that estimates should not be made use the same kind of logic that would propose banning cars because there are accidents. Cars are vital in our society and so are estimates, but… why do estimates have such a bad press?

The Mars Climate Orbiter probe received precise instructions to land on Martian soil. The probe traveled the distance between Earth and Mars, approached the red planet, was placed in the indicated position… but something didn’t work. The position was not correct. It began to fall and was destroyed.

The problem was due to the units of measurement. The instructions were given following the metric decimal system, but the probe software was waiting for the data in the imperial system, so the coordinates of the orbit were not correct, and the rest is history.

The first error of the black legend is due to the fact that it is not estimated using an absolute measure that means the same in all situations.

The second error in making an estimate is the person. It has been proven hundreds of times that when a person, without preparation, makes an estimate it is always too optimistic.

As an example, I give you the unfortunate death of Scott during the expedition to conquer the South Pole. He failed and the mistake cost him his life. And his mistake was to make an overly optimistic estimate. He estimated that the amount of food he had to transport had to provide 4,500 calories a day, which may seem enormous, but his diet should have been at least 7,500 calories. The intense cold conditions and the efforts they had to make forced it to be so. The optimism in the calculus killed him. The estimates must be made dispassionately and impartially, otherwise your organization could starve to death in the attempt.

The third type of failure in estimation is forgetfulness. The designers of the Millennium Bridge in London took into account in their estimate the timing of pedestrian crossings from top to bottom but forgot to take into account side-to-side timing. Luckily this time there were no victims to mourn.

An error, an omission, a flaw in an estimate, gives you that black legend that runs through the estimates despite how necessary they are. The question is not to avoid making them, it is to avoid making the mistakes that are made with them.

But now you think that in IT this doesn’t happen, right? Nothing could be further from the truth.

It’s even worse in IT

Denver International Airport in 1991 developed a modern and complex baggage transport system based on software that would control everything. The over-optimistic estimate led them to think that in 2 years it would be done. The result was 16 months of delay in delivering the project and losses of more than 2,000 million dollars, but it is not an isolated case.

According to data from the Harvard Business Review, one in six IT projects has additional costs of 200%. According to a 2012 study by McKinsey & Company, projects are generally worth 56% less than estimated.

But they are very small errors, aren’t they?

If you think so, you don’t have the power of accumulated small errors. Accumulated errors are like snowflakes that join together to form a formidable avalanche that ruins your business. This was learned most painfully by the Vancouver Stock Exchange in 1982. It created a new index initialized at 1000. At 22 months the index was at 520, why? For something as simple as the software did not round correctly from the third decimal. It was very small, wasn’t it? It didn’t look like it was going to show, but it cut the value in half.

How can you solve this in your company?

The solution is to shake off the black legends and make correct estimates, and what does this mean?

It means avoiding non-standard and absolute measures, measurements refered to different things, mistakes made by people who don’t know the methods and inexperience.

It also means counting on:

– The experience accumulated within your company.

– The accumulated experience in the market. 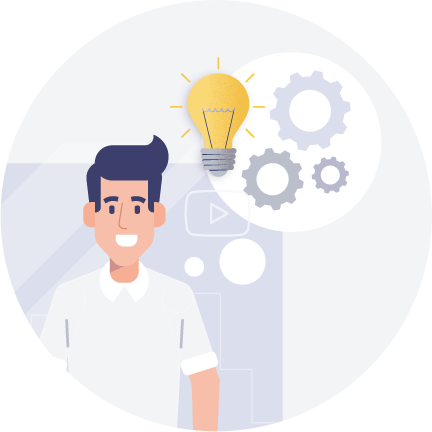 The easiest way to optimize IT costs

Simplicity, agility, reliability at a single click. Experience first-hand the revolution in the world of software estimation.

I want to try!

The easiest way to optimize IT costs

I want to try!

Get tips, tricks and information to take your software development process to the next level

This website uses cookies to improve your experience while you navigate through the website. Out of these, the cookies that are categorized as necessary are stored on your browser as they are essential for the working of basic functionalities of the website. We also use third-party cookies that help us analyze and understand how you use this website. These cookies will be stored in your browser only with your consent. You also have the option to opt-out of these cookies. But opting out of some of these cookies may affect your browsing experience.
Necessary Always Enabled
Necessary cookies are absolutely essential for the website to function properly. This category only includes cookies that ensures basic functionalities and security features of the website. These cookies do not store any personal information.
Non-necessary
Any cookies that may not be particularly necessary for the website to function and is used specifically to collect user personal data via analytics, ads, other embedded contents are termed as non-necessary cookies. It is mandatory to procure user consent prior to running these cookies on your website.
SAVE & ACCEPT